In what are extremely challenging times for everyone as we try to come to terms with the consequences of Covid-19 and the lockdown conditions, we are also regretfully facing turmoil in the world of Scottish football.

Members and Supporters of Brechin City FC will doubtless have been concerned and indeed alarmed at the current tirade of negativity towards the Club, and in particular our Chairman Ken Ferguson. This challenges the integrity and reputation, both of our Club, and that of Ken personally. Having remained respectfully silent to date, the Management Committee now unanimously feel compelled to firmly rebuff these claims and set the record straight.

In particular, in the recent dossier released in support of the EGM taking place at the SPFL tomorrow (Tuesday), there is an accusation which is pointed directly at our Chairman relating to his part in the run up to the SPFL vote which took place on Friday 10th April. This states, “It has also been alleged that Ken Ferguson (Brechin City Chairman and SPFL Board Director) called League 2 clubs and told them that Inverness had changed their vote to YES and, as a result, the Resolution was going to be approved and that there was no point in League 2 clubs voting NO.”

This is categorically refuted. Unfortunately, this is feeding the current media frenzy and, by association, Brechin City FC and our Chairman are being subjected to un-necessary scrutiny and wholly unwarranted abuse. In addition to anecdotal evidence from all of the other League 2 clubs, we have in our possession verification from each club that no such call was made. Furthermore, each League 2 club is content to provide corroboration to this effect and has stressed that they are entirely relaxed (and in reality appreciative) of the integrity Ken displayed in his role as an SPFL Director in the lead up to the vote.

The Management Committee will issue a further statement in comings days to fully address other allegations that have been directed towards the Club in the media and online in recent times. 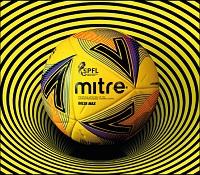