Brechin City Football Club was established in 1906, when a deputation from the Forfarshire Football Association met local sportsmen in the Temperance Hall in City Road, and after some persuasion, it was decided that a Senior club was advisable.

Two Junior clubs, Hearts and Harp, had been doing very well in their sphere, and it was suggested that here lay the nucleus of a first-class organisation. It was felt that a Senior team in the Ancient City would enhance the prestige of the Forfarshire Football Association. At that time, the Northern League was a good going provincial concern, and it was strongly emphasised that it would welcome another addition to its ranks, and at the same time, the sport-minded citizens of Brechin would see a better class of football.

There had been a Brechin Club some years before, but as was the case with most country Clubs, there was a lack of real competitions to stir up interest, apart from the Qualifying and Scottish F.A. Cups, and the original Club, like so many others, fell by the wayside.

The Club was not long in gathering together what was considered to be a fine Provincial side. The Johnston brothers were a sturdy pair of backs, and there was Geordie Cobb and D.K. Smart. Dave Chapman, whose sons played for Brechin in later years was a goalkeeper of outstanding merit. There was also the one and only Frank Gray, who was a throw-in specialist - the admiration of his team-mates, and scourge of his opponents. Those were the days of the long run, hop, step and leap, and the ball was in the opposition goalmouth for a header, shot or scramble. Included in the front ranks was Wull Richardson, a go-ahead centre forward who went to Dundee and was turned into a winger.

When the Club first won the Forfarshire Cup, by defeating Arbroath F.C. nine of the players were local lads. The team was Balfour, Shand and Lyons, Knowles Findlay and Campbell, Easson Clark Glen Winter and Richardson. 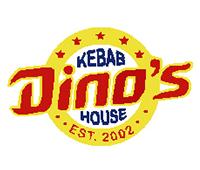